A recent issue of Wargames, Soldiers & Strategy had a Wars of the Roses theme. 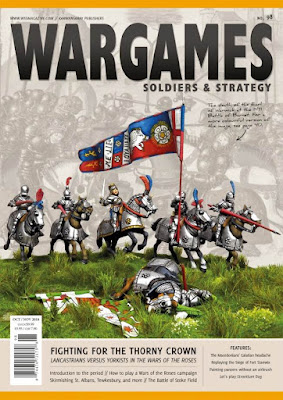 One of the battles featured inside was the Battle of Stoke Field, which I have always had on my 'to do' list. In fact I think it was also features in a Wargames Illustrated in the last few years but I don't have a copy of that one to hand to check or compare.  Anyhow, the scenario looked quite interesting and I found it easy to convert from Lion Rampant to DBA.  The only problem was the lack of scale on the map (which is a constant annoyance in maps in WSS, despite how lovely they look).  Fortunately I am quite familiar with this area so it wasn't as much of an issue as it sometimes is.  I had no idea there was a bridge across the Trent at Fiskerton in 1487 though!

I still just used a single D6 for PIPs, gave each army a break point of 5 units rather than 4, and each army had the three generals named (with John de la Pole able to join either the men-at-arms or gallowglass, as he liked).

Now, it is often that a battle takes place on a site it shares with one of the premier manufacturers of wargames figures!  However, that it the case with this battle... 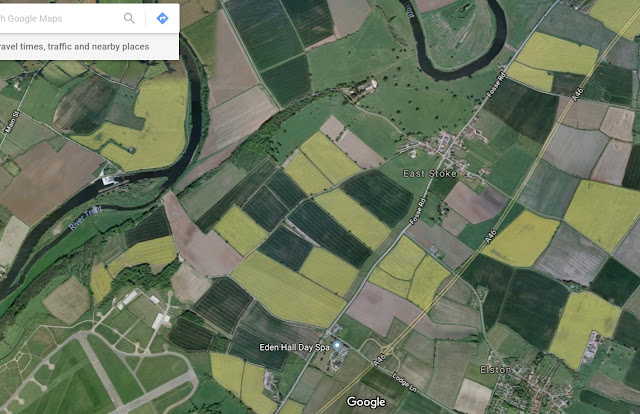 Game Notes: A hard-fought battle that resulted in a quite convincing Yorkist victory and a thorough re-writing of history.  Apart from a couple of moments of clumsy tactics on my part, the main reasons were the bonus for the hill (a +1 in DBA is really important) and the lack of emphasis on troop quality as opposed to troop function in DBA.  In the Lion Rampant scenario in the magazine, the Tudor Army is of generally higher quality, so that would probably equalize the effects of the hill.

There is a tactical issue in DBA for WotR armies which I can never quite get my head around.  Do veteran players advance with their bowmen or leave them out of the hand-to-hand combat?  I feel instinctively that they shouldn't because the inevitable gaps would leave them vulnerable to flanking effects.

There are some good photos of a re-enactment and a re-fight of Stoke Field on Wargames Foundry's website.  It is a lovely area too, well worth a walk around, and the Eden Hall Spa is really good as well (if you like that kind of thing!). 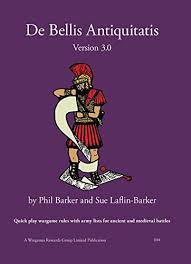