Following on from their success in their intial patrol mission, our plucky Brits from the Tyneside Scottish have been assigned their second task in the Nuts! Final Version Normandy 1944 campaign - an attack on the edge of the small town of Blanche Maison. 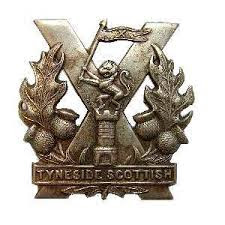 The "Attack" mission calls for the deployment of a full platoon, so I used the following order of battle:


Outcome: That didn't go too well, did it?!  The Germans were clearly in the village in company strength and the Brit Pl Comd figured that pushing the attack would be suicidal.  Because the actual firefights in the game happened in circumstances helpful to the British, the Germans lost more men (4 KIA, 8 WIA) against 2 KIA, 4 WIA for the British, but there was clearly no chance once the second German Platoon was generated.  This is just the way it goes in Nuts! though...the advantages that the British gained in the firefights were lost because of the formidable German reinforcement rolls.

Game Notes: Not an entirely satisfactory game, this.  Nothing at all to do with the rules, which again performed admirably, but from set-up issues on my part. After the success of the first game, I once again plumped for using my 6mm figures.  However, although individually-based 6mm figures were okay in section-strength, when I began to set-up a full platoon, it just became annoying.  So, I decided to use the multiple-based figures which I normally use for WRG 1925-1950 Platoon and Company-level actions, figuring that since much of the information was kept on rosters anyway, I would simply use the rosters for engagements and not worry too much about the status of individual figures.  This all worked absolutely fine.  Where the problems did arise was that Nuts! really requires that the exact position of each figure in relation to the terrain and LOS is known, in a way impossible with multi-based figures.  So this meant I had to put in a "reality test" at various stages, to work out where figures within the section would be in reality, using the base only as indicative.  This did work after a fashion, but it did slow and stress the game, because it didn't rattle along with its normal speed.  It may be that this can be made to work, but I will need to do some more thinking and testing before I try this again.  Or I may just switch and use my 15mm figures!  The reason that I haven't done this is that I don't have much 15mm terrain and I have a far smaller selection of 15mm vehicles, should they be needed.  So more thought needed before I proceed.
Rules were of course the Nuts! final version from Two Hour Wargames, figures from Baccus, Adler and GHQ, buildings from Total Battle Miniatures and Leven Miniatures.
Posted by JWH at 09:27 2 comments:

I hadn't managed to get my 28mm Napoleonics to the table since painting them up last year.  The figures are the rather beautiful Perry plastic Napoleonics: I have the French, British and Austrian infantry boxed sets.  I settled on trying out a small game of the skirmish game in Paddy Griffith's Napoleonic Wargaming for Fun. 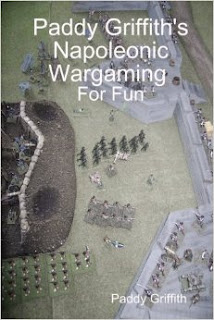 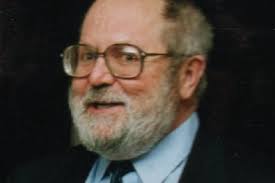 The Forces:
Both the British and the French forces consisted of a patrol of five infantrymen, all "B" class.

The Scenario:
Each patrol is advancing towards each other, unaware that they are about to encounter opposition.  Each side wishes to secure the stream.  The basic solitaire command mechanism was for each side to roll a D6 each turn, to indicate aggression levels, with a -1 for each seriously wounded or killed friendly soldier and +1 for each seriously wounded or killed enemy soldier.  If a side rolls a modified "0", all surviving troops will run away.

Game Notes: A good fun game that rattled along very quickly.  The set-up was designed to give familiarity to the rules rather than to give a particularly engrossing tactical challenge, but it worked admirably on that score.  The table at 2'x2' would normally be rather too small for these rules, but I wanted a quick action.
Troops are rated A-G depending on how skilful and motivated they are.  When personnel are injured, they drop ratings to reflect their reduced performance.  This neatly deals with wounds, so that Imperial Guardsmen with a minor wound are likely to remain pretty effective, whilst Portuguese militiamen will be pretty useless.
The command and control of personnel is done by written orders - essentially a single word like "move", "fire", "reload" or "get up" next to a name on the roster.  So, for Brown, the written orders went Walk-Hold-Run-Fire-Reload etc. The game is based on simultaneous movement. That worked alright, although this leaves a certain amount of interpretation up to the player(s): at what point in a move is a moving target shot at, for example.  However, the overall process is pretty quick and intuitive and didn't feel too intrusive into the game.  The mechanisms were very intuitive and the calibration of effects felt about right, although perhaps giving a running man a 20% chance of tripping over seems excessive!  But, on the other hand, if we reckon that it includes the effects of cognitive blink and confusion and so on, perhaps it works out alright.  There are various factors to modify chances to hit and so on, but they are all pretty basic and don't slow down the gsame appreciably.  The game uses D10 for all its rolls, which allows for quite a range of results but still allows plaers to understand quickly the probabilities of actions being successful (or not).
The rules do what they say they will do: provide a fun Napoleonic wargame with a minimum of fuss.  On this initial playthrough, recommended.
The figures used were from Perry Miniatures (my painting does not do these beauties justice!).