This is a bit of an orphan report.  I played the game at about the same time I played the same scenario with the Polemos Napoleonics rules, but this time I played it with Ruse de Guerre.  For some reason, I don't have photos of the last bit of the game, so I was wondering what to do...and then I forgot about it.  Oh well.  I probably wouldn't have blogged about it, except that it was the debut of a new solo system I am using with Ruse de Guerre. 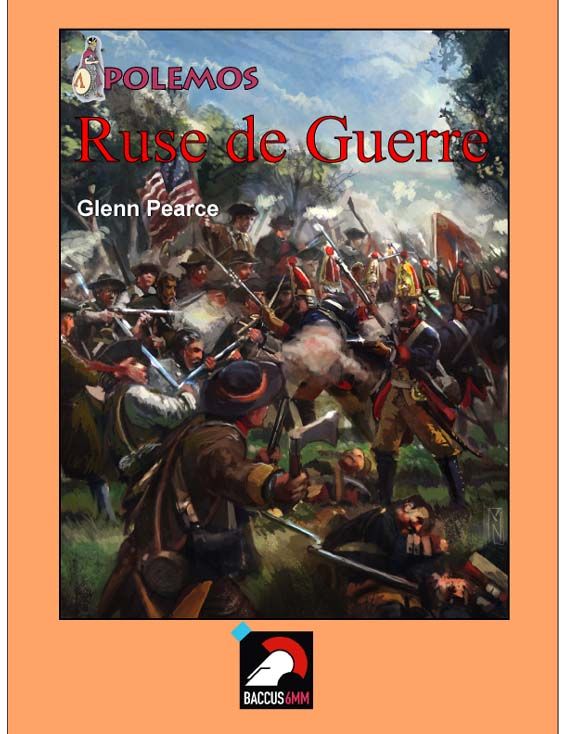 The details were pretty much the same as for the first battle, except for some reason which seemed compelling at the time, I only used half the Guachos (3 bases instead of 6).


That was my last workable photo, not that there was much too events afterwards - the Spanish tried a cavalry charge, failed, took more casualties and then pulled out.

Okay, nothing to say about the rules in this one except to note that the 'throw a 10, kill a unit' mechanic throws up  some interesting and not always entirely plausible occurrences.  I have mentioned the probability issues around this before, and the similar ones which are thrown up by Horse, Foot and Guns, so I won't labour this here, except to note that it is even more striking when unit count is low.

I did try out new solo mechanics in this one.  Polemos Ruse de Guerre uses a slightly different system from other Polemos systems by putting in an extra step.  It decides how many Tempo points there are around in an interactive way, and then does the bidding process as in the rest of the Polemos rules.  Whilst I can see this is great for face-to-face gaming, it feels like an over-complication playing solo.  What I have therefore done, then, is modify the first roll: instead of rolling a d10 and the higher roll choosing whether to use the higher roll or the lower as the number of 'extra' tempo points for the round, the d10 is replaced by d6 + a command factor from 0-4.  So Wellington will get a roll of d6+4, Beresford d6+2 and de la Cuesta d6.  This allows much more personalization of the two commanders and the 'better' commander will generally have much more control over the flow of the battle.  However, it still doesn't make the better commander more likely to win the Tempo - and winning the Tempo, important in all the Polemos series of games, is particularly important in Ruse de Guerre.  Why is it different in Ruse de Guerre? Well, simply put, Ruse de Guerre makes more concessions to 'the game' than other rules in the series.  It normalizes the tempo allocation (and force morale) between both sides, whereas other Polemos rules allow one side to have much more natural tempo than the other.  Insofar as Ruse de Guerre does this, it recreates this at the lower formation (brigades and regiments) level than at the command level - it dishes out more baseline points that commanders have no influence over.

Today I re-fought the Battle of Elchingen using the Polemos: Ruse de Guerre rules and a scenario written by the rules' author, Glenn Pearce.  The big club re-fight is due to take place in a week or so but as my extended bank holiday mean I have more free time this weekend than next, I brought forward my refight by the UK solitaire section of the Napoleonic Miniature Wargames Society of Toronto(!). 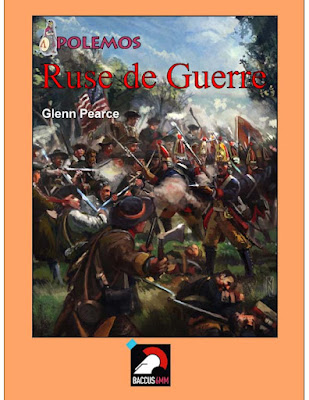 As it happens, I played Elchingen in the not too distant past, using the Polemos General de Division rules and a scenario from Michael Hopper's excellent book Rise of Eagles 1805.  'Bandit' (the designer of the well-received Et Sans Resultat rules) made some very interesting comments on the scenario here, which are well worth a read.  For comparison purposes, I used the same terrain for this refight (Glenn didn't send me a map for this one, leaving it up to me to make a smart and soldierly interpretation of events!). 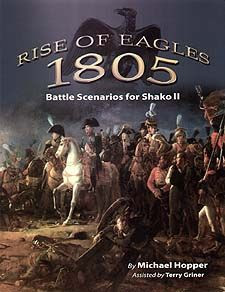 Elchingen is quite an interesting clash, with a smaller but more skillful French force attacking a defending but slightly demoralized Austrian army.  This is one of the smaller scenarios that Glenn has presented over recent times and after I had reduced it a little more - entirely within the bounds of the rules, I am using a legitimate base:soldier ratio - it fitted very nicely on a relatively small table.  In summary, the orders of battle were:


Game Notes:
Quite an exciting game, although the French seemed to get the upper hand quite early on in the game and the Austrians could never quite get the initiative back.  My French armies have often had the rub of the green go against them over the last couple of years, so I don't have any problem with them getting the odd lucky dice throw in this one!
I have never read a really detailed account of Elchingen but the broad outlines of this re-fight don't seem overly dissimilar to the events on the actual day.  The greater quality of the French Army in this scenario does give it an advantage, as does the ruleset - not from any consideration of 'National characteristics' or somesuch, but rather that the rules are calibrated as such to make light infantry more effective and resilient in ways which may not be apparent from the relatively small size of the modifiers (it is apparent in how modifiers interact with event (i.e. rout/shaken) thresholds.
This was the second Ruse de Guerre game in which I have used a slightly modified scenario solitaire tempo points system.  In Ruse de Guerre, tempo is a two-stage affair: first, the number of points are generated, secondly the points are used for bidding and the remainder used for activity.  I have basically put a command skill modifier in to the first stage - but I will cover the details, for those interested, in a separate post.  It did work in incorporating different generals' skill levels into the game although I still don't think I have finished the tinkering process for this.
The game did throw up one rules query: when determining if sufficient contact has been made for an attack to count, the rules say that it has to be half a BW of contact, or what would have been half a BW if a wheel was completed by the attacking unit in direction of the defending unit.  But I was unsure if this was meant to be indicative, or representative of an actual wheel?  Because if the latter, then the presence of a second close enemy unit would prevent it, but if the former, not.  I went with the former, but my heart wasn't really in that call...it does remind me why Phil Barker went into quite a lot of detail with his alignment rules in DBx!
Anyway, a typical RdG game in many ways - lots of fun, easy on the brain, fairly historically convincing but with the quite effective-seeming shooting very prominent and lacking the really period-specific infantry attack/defend mechanism of the Polemos Napoleonic set.
Figures by Baccus 6mm, most of the building by Leven in this one.
Posted by JWH at 07:41 3 comments: