A Really Useful Link If You Are Writing WW2 Rules

John D Salt gets another entry in "best forum posts", this time on "The Wargames Website", where he discusses the armour piercing qualities of various weapons and the thickness/effectiveness of armour on many WW2-era AFVs: here and here.
Posted by JWH at 19:55 No comments:

Email ThisBlogThis!Share to TwitterShare to FacebookShare to Pinterest
Labels: WW2

My plans for Boxing Day gaming had revolved around Star Wars and Formula De, but "events" got in the way, as is their wont!  I did however manage to get a DBA game in, having received a copy of the new version of the rulebook as a Christmas Present: 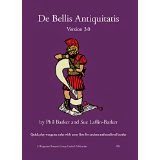 For the battle, I used the Battle of Mohacs 1526 scenario from Miniature Wargames #2. 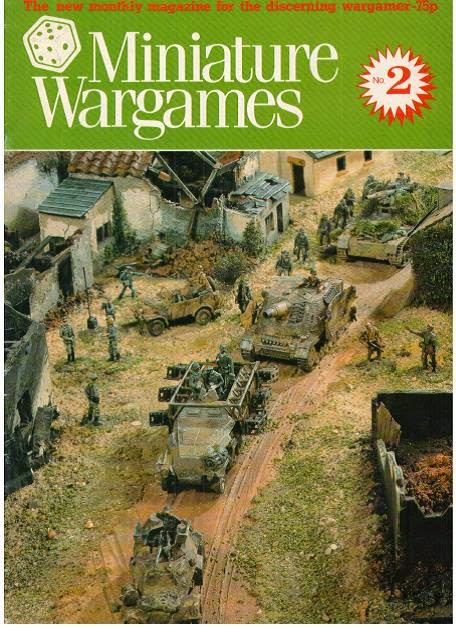 I don't have either Hungarian or Ottoman armies, so I used my Wars of the Roses figures.  The respective armies used were:


I used the historical tactics of both sides and was rewarded with a pretty similar result: the Hungarian Knights and German Pikemen just aren't quite strong enough to overcome the Ottoman advantages of numbers and terrain.  Unusually perhaps, quite a lot of the combats went on for quite a long time with a little to-ing and fro-ing.

The new DBA is similar in gameplay to the old as far as I can tell - although I am sure the veteran players will notice large differences.  I would like to say though that the rulebook is brilliant: lots of clear explanatory diagrams and lots of interesting Army lists covering 4000BC upto the early 1500s, with the right amount of historical information without adding pointless fluff/pages.  I have found it amongst the best written rules, perhaps not quite as good as Sam Mustafa's offerings, but up at the top.  Although a couple of sentences require some concentration, the rules themselves are very short so you don't have to remember how different rules inter-relate and the diagrams are excellent, anticipating the majority of situations likely to arise in a game. I will try and review properly when I've played a few more games and used a few more armies.
Posted by JWH at 09:37 No comments:

As a result of space issues, I've transferred the campaign game onto VASSAL until such time as I can set-up the game free from juvenile and feline interference!  So, the actual game map of the current campaign situation (asat 31 Dec 1808): 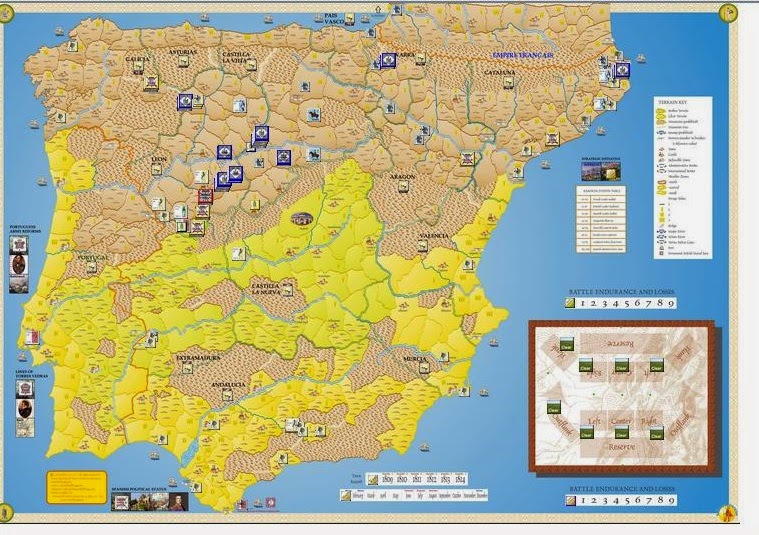 Hopefully this illustrates the main areas of action well:

The main French army pursuing the Anglo-Spanish forces as they retreat from their positions east of Salamanca around the Duoro towards the Southwest.

The advance of Soult to Astorga and the retreat of his opponent, Mahy, into the mountains of Northwest Spain.

The efforts of St-Cyr to reduce the remaining Spanish garrisons in Catalonia, whilst threatened by small Spanish forces advancing up the coast from their bases in Tarragona and Tortosa.

All of the units are on the map, but I'm still working out the best way of showing some of the game markers (especially depots) at the moment.  However, this isn't enough of a problem to actually stop me playing, so I'm looking forward to resuming play in the very near future.
Posted by JWH at 19:06 2 comments: