With a spotted handkerchief tied to the end of a stick...

...I'm off wandering again.  Hopefully normal service will be resumed in a couple of months!
Posted by JWH at 16:38 No comments: 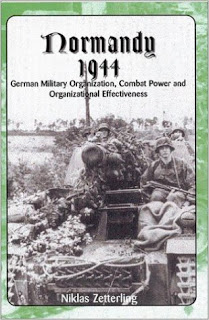 As an introductory solitaire game to help me to learn the Polemos ECW rules, I've had a go at doing Auldearn 1645.

Scenario: This scenario is designed as a simple solitaire game with small forces to learn the Polemos ECW rules.  It is based upon the scenario in Donald Featherstone’s book “Wargaming Pike and Shot”.

I use the system for tempo bidding in solitaire games described in my blog here:
This basically results in each side rolling D6 to bid initially, deducted from a base total of 7 Tempo Points.

As this game is a learning scenario, use more-or-less the same tactics for the Covenanters as they adopted in real-life.  The 1st Brigade should attack the village of Auldearn whilst the Brigade of Horse advances to occupy the hill to the South of the village.  The Covenanters were unaware of the presence of Montrose’s troops hidden behind this hill until Montrose launched his attack, so the Covenanters in the game should not react until they become visible.  The 2nd Brigade should be deployed as a reserve, with the artillery in the rear.  From the point where Montrose unleashes his hidden troops, try and fight both sides as hard as possible.

All slopes are gentle.  The village has a DV value of 2.

Game Notes: A really enjoyable test game, with victory quite closely balanced until the end.  Hurry was defeated as in the original battle, but perhaps did rather better than in real life.  Horse is very vulnerable whilst pursuing in these rules.  But overall, the quality of Montrose's foot told.  I hope to refight this again soon, but instead using the slightly different scenario recently published in WSS 78.  This scenario was played on a 3'x2' table using Baccus 6mm ECW figures (I used English ECW figures, I don't (yet!) own Covenanter or Highlander armies - yet more heresy!).

A Review of Class Wargames: Ludic Subversion Against Spectacular Capitalism 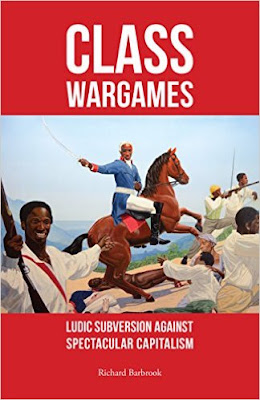 A very interesting and unusual book! In part it is a history of Alice Becker Ho's and Guy Debord's wargame "The Game of War", in part a history of a left-wing Situationist group's presentation of this game as participatory art with a useful sideline in military strategic training. It was both a little amusing and disconcerting to read about a wargame in language I personally associate more strongly with Marxist literary criticism. More seriously, the book's authors interpret Debord's work as having the explicit aim of teaching the "craft skills" of military leaders; this is quite an unusual point of view amongst hobby wargamers, who tend to emphasize either the escapist or 'historical' possibilities of wargaming. This is complementary to the idea that such play - in and of itself  is subversive, partly from the fact of proletarians being at play, partly playing at something which has traditionally been the preserve of an eilte.  The book aims to explain - partly from general knowledge of Debord and his work, partly from discoveries during the process of presenting participatory art - the importance of the game to Debord and its importance more generally to the proletariat. In this it is successful, being very convincing on this point. In essence, the authors conclude that Debord successfully simplified and abstracted Clauswitzian problems into his game - which they conclude was also the reason why Debord themed his game in the "horse-and-musket" period rather than something more obviously "revolutionary". The book also describes the group's use of other wargames - Red Against Red (to examine aspects of the Russian Civil War) and Commands and Colors: Napoleonics (to examine the Haitian uprising against Napoleon's forces) - and the results of their enquiries. It was striking that - very untypically for wargaming - the players were from both sexes.  There are more details about all of this on the group's website, Class Wargames.

I would recommend this book to anyone interested in just why Debord was so interested in playing a "toy-soldier" game and to gamers interested in another way of viewing the actualities and possibilities of wargaming.
Posted by JWH at 08:28 No comments:

I've just returned from a pressing work commitment and I thought I'd ease myself back into gaming with a quick DBA battle.  This one, the Battle of Ashdown 871AD, was based on a scenario published in Miniature Wargames 005, written by Ian Greenwood.  The terrain and the forces are simple: the Vikings defending a hill with a tree on it from an Anglo-Saxon army.  As is typical for this era and region, the forces present are a matter of speculation.  I followed the suggestions in the article and made the Anglo-Saxons a little stronger, choosing a 12-base Anglo-Saxon army and a 10-base Viking army from the appropriate army lists in DBAv3.  I don't have a specifically Viking army.  I could have used Anglo-Saxons for both sides, but to differentiate the armies more easily, I used Ancient Britons.  This is heretical gaming, after all...I used DBA v3, although with some misgivings: I wasn't sure that the mechanisms would give an appropriate flavour for "Dark Age" combat.

The key tactical factors in the real battle were the hill which the Vikings defended and the surprise that Alfred achieved by attacking early.  For each scenario I gave Alfred's troops (but not Ethelred's) a free move.  For the second scenario, I gave Alfred's troops an extra +1 in their first round of close combat.

Game Notes: Both games were quite exciting, despite my initial misgivings that the games might be boring.  Neither army really supports much manoeuvre.  The Anglo-Saxon spearmen have a tough time against the Viking blades: the extra +1 for surprise made a big difference in the second game as it enabled the Anglo-Saxon army to achieve a couple of quick kills, which then enabled them to get more overlaps later on.  Without it, they never really got much purchase on the Viking army in the first battle.  The other mistake I made in the first game was to keep the Anglo-Saxon general in reserve: the extra +1 is vital to increasing the chances of that all-important first break through.  The interest in the game was mainly where to push and how hard - with a couple of small but important bits of manoeuvre mixed in.
Posted by JWH at 20:18 7 comments: