I have been doing a couple of other things this week, but looking to resume action in the campaign over the next day or two.  Hopefully however I have found a way that is a little better to display the current campaign situation: 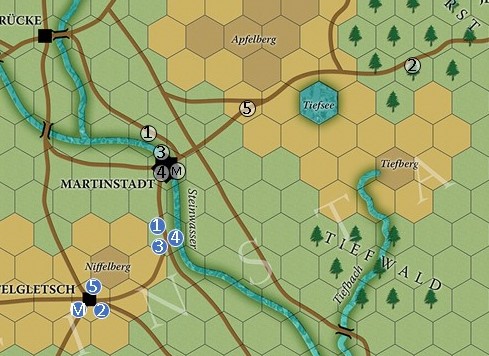 After the 2nd Battle of Martinstadt, the French army has retreated whilst the Austrian Army recovers around the capital city.  Both sides may suffer from attrition as a result of being too bunched up.