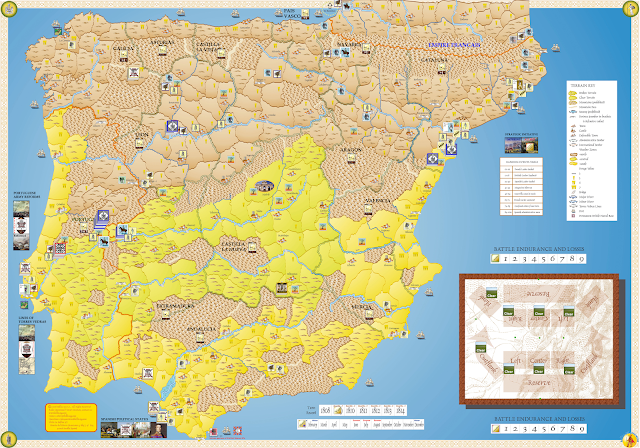 Portugal: The main focus of events was on the Imperial pursuit of Wellington and his Spanish allies into Portugal along the North bank of the Tagus.  By dint of very hard marching and the acceptance of high levels of sickness and desertion, the French were able to catch the two Spanish armies and inflict great losses upon them at Zereira.  Wellington was unable to reach his Allies in time and knowing that the Spanish must collapse and surrender if caught again, concentrated his forces around Abrantes.  Joseph, despite the dire supply situation, continued the pursuit and the two armies fought a huge battle, with the Allies achieving the victory in the end, as Wellesley made use of his "rear slope" deployment to shelter from the French artillery then launched a counter-attack, which proved decisive.  The French were forced to quickly withdraw to the Spanish side of the border around Coria, whilst Joseph quickly called forward a few uncommitted divisions to bolster his battered army.
At the end of the month, the Anglo-Spanish fleet re-deployed Cervellon's Army of Valencia back to Cadiz, ready to re-fit after being reduced to the size of a weak division only (many of the remaining troops were transferred into the Army of Andalusia instead, which is still in Lisbon).

Galicia & Leon: Mahy kept a safe distance away from Soult until news of Abrantes reached both sides, when Soult withdrew to Zamora, with the intention of being able to support Astorga or provide a rallying point for Joseph, if this should be necessary.

Catalonia & Aragon: Junot maintained his recent run of successes by defeating the combined armies of Cuesta and Palacio at Amposta in which Palacio was killed and subsequently replaced by General Sarsfield.  In order to save the structure of the armies, the Anglo-Spanish navies transported both Sarsfield's and Cuesta's armies to Cadiz, whilst leaving strong detachments to garrison Tortosa and Tarragona.  St-Cyr has moved into the area too, preparing for a French advance down towards Valencia in the near future.  Unfortunately for him, his attempted coup de main at Tarragona was unsuccessful.  Napoleon, pleased with Junot's recent performance has informed him "he will find his baton in Tortosa and Tarragona". 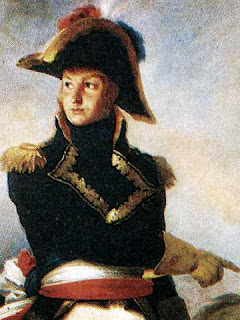 Andalusia: Elio has finished concentrating 25,000 men and has begun to march northwards towards Madrid (which is still in Spanish hands, as the Imperials have not actually been able to spare any troops to occupy it yet.

Note just how many of the forces have been severely mauled in the last couple of months.