The classic WRG 1685-1845 rules are pitched very much at the period of the Jacobite Rebellions, covering all of the battles from Killiecrankie to Culloden.  Some of the battles are much too small for them (say Clifton Moor) but  some of them are of a game-able size.  We briefly discussed Prestonpans in the Comments of a different post: at 2000 troops apiece, that works out as 40-45 or so figures using these rules (they have a figure ratio of 1:50 for infantry, 1:40 for cavalry).  Obviously that isn't going to make for a long game but I guess it might work for a genuine small battle to use as a rules introduction.  Killiecrankie on the other hand is definitely in 'small battle range' with combatants estimated as between 5000 and 7500, with around 2500 of them Jacobites. 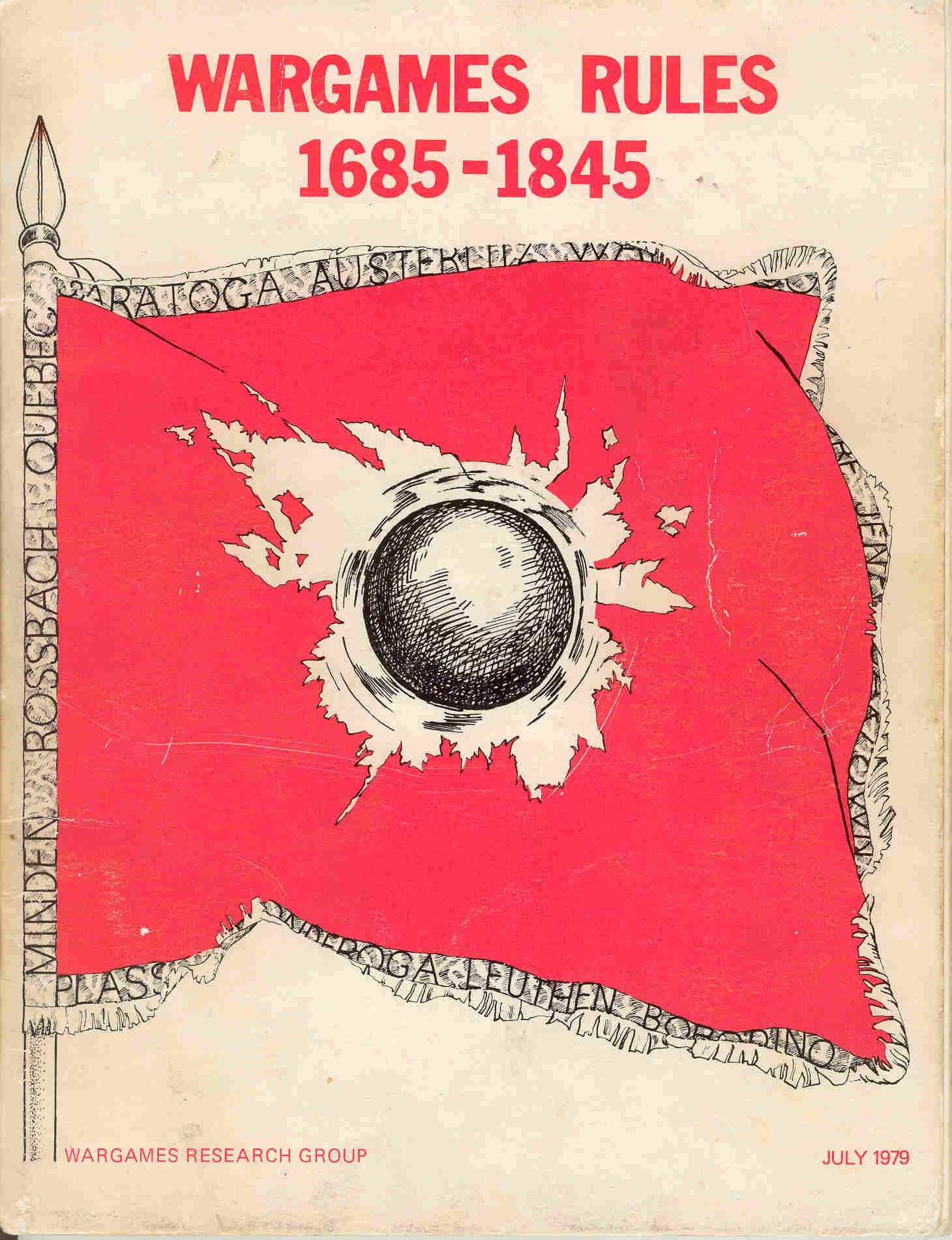 The Jacobite Army:
C-in-C: John Graham, Viscount Dundee (Bold)
5 units of 10 Charging Irregular Warrior infantry
1 unit of 5 Irregular Soldier Light Cavalry
The Government Army:
C-in-C: Hugh Mackay (Cautious)
4 units of 10 Trained Regular Line Infantry
4 units of 10 Raw Regular Line Cavalry
2 units of 5 Raw Regular Light Cavalry
1 unit of 1-2 Light Artillery guns, 3 crewmen (each) (n.b. there were 3 guns present, which could be represent by either 1 or 2 guns - in this battle, 1 model is the much more defensible choice).
I didn't do much independent research into this game, merely converted the orders of battle I had used in the other refights.  Since it would make a difference in this game, the Government Foot should still have some pikes perhaps, and not all the Highlanders should have muskets.
One point I should make here: visually, my game doesn't 'look' like a WRG 1685-1845 game.  I have a strong visual sense of what such a game should look like, since my first Wargames' Club had two armies (possibly WSS, some kind of lace wars period anyway - it was a long time ago!) in 15mm based for this ruleset and as a junior without an army of my own for this kind of thing for a long time, I ended up using them quite a lot.  And it is a very peculiar look: 12-16 figure battalions and regiments, based in fours.  Anyway, this game looks nothing like that! I was tracking losses and strengths on a bit of paper, with casualty figures indicating losses incurred 'this turn'.

Game Notes: It is years since I have had a game of WRG 1685-1845...and I really enjoyed it!  It was a slightly clunky play experience until I got the hang of it again, but it was basically fine.  Since I play a decent amount of DBA and Armour & Infantry 1925-50, the style at least is familiar.  Unlike in the various magazine rules I have been using for the other recent refights, these rules are pretty comprehensive and I found the relevant bits for various situations quite easily.  The reaction test system is pretty straightforward really and there are usually not very many factors relevant to each test.  Working out some of the finer points of which test takes place when and which reaction takes place when was slightly more work, particularly for melee routs and pursuits, but I think I got there in the end, largely; I noticed myself getting through the turns much faster by the end. The combat mechanics are pretty straightforward too.

On the downside, the rules are a bit heavy and wordy, partly as a result of their comprehensiveness (although Phil Barker's rules tend to be the most concise of the 'comprehensive' school of rules writers) which is necessary for any set of wargame rules which might be used in a competitive game between strangers.  But as I said, I am relatively used to the idiom so I can't say it bothered me, and being 99% sure that the rule would be in there somewhere was always comforting compared to other rules that have to be modified on the fly, or - perhaps worse - rules which may or many not contain the thing you want to know.  Like other rules of its time, the movement rates and the nominal times that turns are supposed to take are not very historical, although this does not normally matter (but it does matter if doing historical refights where reinforcements entered the battle during it).  There are intricacies to be mastered in terms of getting a feel for what things matter for what reaction test, which is the main engine of the game. Rather than impose an 'orders' system on the game, the rules rely on the reaction tests to control player behaviour - they seem to be reasonably effective in that regard.

The rules have an interesting dynamic in that shooting is good for causing casualties (relatively speaking) but casualties from shooting are far less likely to cause an adverse morale reaction. If you like, attrition has a broadly linear effect on opponent's combat effectiveness, shock and casualties through charging can be exponentially more effective.  Neil Thomas uses something very similar in some of his rules, although one level simpler, as his norm.

One thing which did come up was the subject of massacres.  Interestingly, Andy Callan's "Savage Way of War" rules mentions them to, but it is in the context of pursuing Highlanders massacring routing Government troops; in WRG 1685-1845 however it is the Government side which has a possibility of massacring its surrendered opponents.  It is interesting that two different authors would write rules that made different sides most likely to be the perpetrators! Anyway, there were no massacres in this game, thankfully...

I enjoyed revisiting these rules more than I thought I would, much more.  Still impressive I think, after all these years.

Figures by Baccus 6mm, buildings by Leven miniatures and Timecast.