Tabletop Teaser 12 - The Fighting Rearguard: A "Simplicity in Practice" AAR

"Fighting Rearguard" is a Charles Grant penned scenario published in Battlegames magazine issue 12 and the collection of Tabletop Teasers. 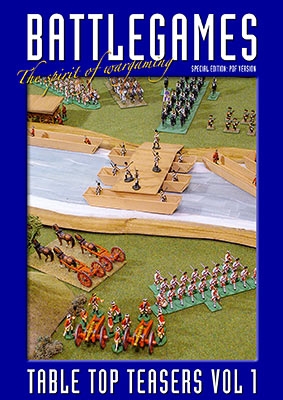 The basic idea of the scenario is for the Austrians to prevent the French from exiting any units off the Western side of the table.

The rules used were Neil Thomas' "Simplicity in Practice" rules published in Battlegames 023. 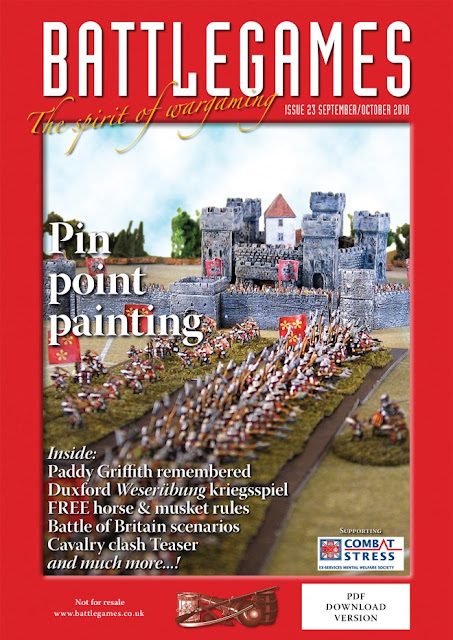 I have made some amendments to the close combat procedure, as detailed in previous posts.  I also used Kaptain Kobold's Napoleonic amendments.  In addition I used each side's commander to give a bonus in close combat and to give a morale save (more later).

Game Notes:
The game worked well, no problems.  I used the leader to give a saving roll for taking disruption points; 4-6 meaning that a unit accompanied by the commander ignores that DP.  However, if the unit accompanied by the leader takes a DP, then the leader has a 1-in-6 chance of becoming a casualty and causing a further DP loss to the unit.  As it happens, no chance occurred to try out the "forming square" Napoleonic variant.  It can't be emphasized enough that the simplicity of Neil Thomas' rules means that the player spends almost no time dealing with the "mechanics" of the game - everything is either tactical thinking or combat calculation. That said, there are a couple of elements I'd like to experiment with: an alternative to written orders and some kind of formation morale rules.
Figures by Baccus 6mm, buildings by Total Battle Miniatures and Leven Miniatures, game played on a 3'x2' board.