The End of The Polemos Peninsular War Campaign

The End of the Campaign

After the crushing Allied victory at the Battle of Villoria, I decided to end the campaign at this point.  I decided that the time had come for Joseph Bonaparte to ask for an armistice and a convention in order to save the remaining Imperial troops in Spain. 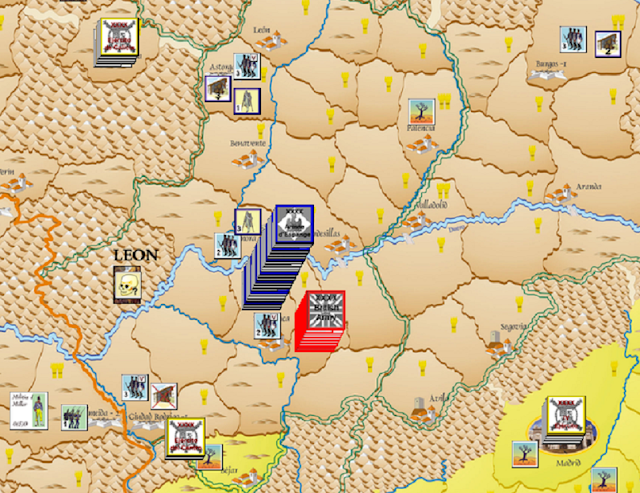 Although it appears that there are lots of French units there are (this is true) and that they outnumber Wellington's forces, the situation appears impossible:

But fully half of the French Army is shattered and must be rested before they are ready to fight, whilst Wellington has a further 61,000 Spanish troops within a few days march.  Therefore Joseph, after consulting his Marshals and considering the recent disasters, has offered a convention. 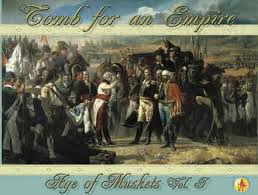 Campaign Notes:
Although there has been the odd tricky moment, I have throroughly enjoyed this campaign.  I have fought 25 tabletop battles with wins and losses for both sides.  The Tomb for an Empire boardgame has given a very successful framework, all there have been a few minor issues to iron out in terms of the translation of the boardgame situation onto the tabletop and vice-versa.  Although I don't think I will re-start this campaign immediately, I very much hope to have another a go at re-fighting it a few years' time.
The allies were obviously much more successful in this campaign than they were in real life.  I think that the key difference was that the disasters of Nov 1808 - Feb 1809 for the Allies simply didn't happen: the Spanish armies were much further back when the Grande Armee arrived and they weren't brought into decisive battle, nor were the British driven back in some disorder in an equivalent of the Corunna campaign.  Instead, the French faced much stronger, better and well-supplied forces.  Better luck to the Imperials next time!
The above are my initial thoughts only: I will give the campaign a more detailed consideration after I have had a few weeks to mull it over.
Posted by JWH at 08:40