My gaming seems to have come back to life a little recently, just from having a bit of time and space to get stuck in - which has made a nice change! So, what have I been up to in addition to the battle reports and suchlike I have posted?

I do actually have a fair number of 28mm figures, mainly Warhammer-type (if not necessarily from GW itself) but what I have lacked is much 28mm-suitable terrain, excepting some trees.  So over the last six months or so I have worked on making a few bits and pieces to widen the gaming possibilities I have with this size of figure.

As a first step, I dug out my old bible for making simple terrain, Games Workshop's How to Make Wargames Terrain.  It features a very wide variety of terrain. 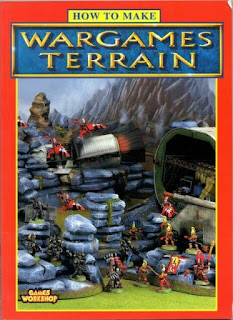 Some of the SF stuff I covered in a previous update, and the stone circle featured in a recent Five Leagues... fight.  I have been working recently on some more fantasy stuff, so I did a few burial mounds: 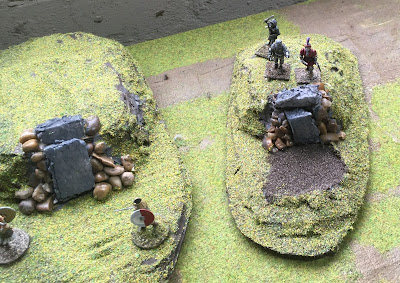 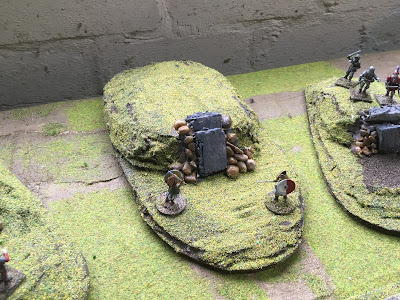 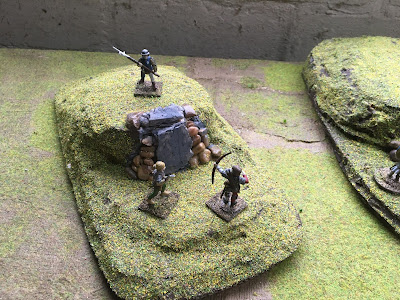 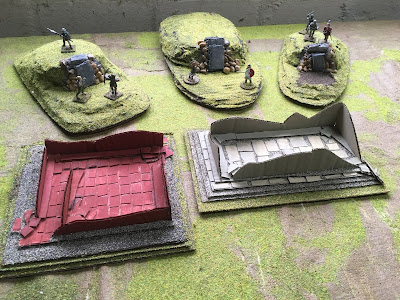 I quite liked how the burial mounds turned out.  The ruined temples were okay, although I have thought of some ideas for additional detailing to make them a little more visually compelling.  The book's instructions were great, really clear.

On the painting side, I now have a few Baccus 6mm Napoleonic British Congreve rockets: 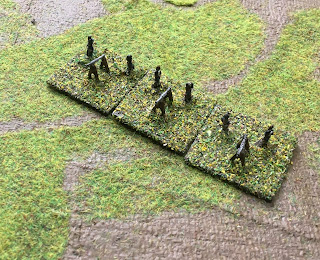 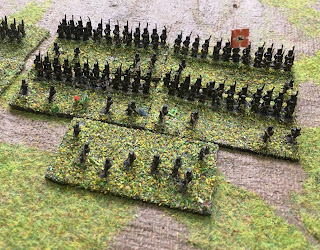 ...and some bases of Baccus 6mm Thirty Years' War Commanded Shot for use in Twilight of Divine Right games 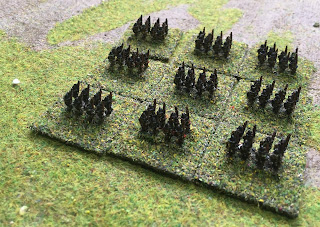 I am really hoping to get this back onto the table soon, but I am slightly fretting about the 'look'.  I am just not going to buy separately more 6mm forces to do TYW as well as WotTK, so the forces have to be used for both.  So two choices: a - I proxy, and the Swedes/French/Danes/Protestant Union will become Parliament and Bavaria/Austria/Catholics become the King's forces (with Saxony being the Covenanters?!?) or somesuch; or b - I detach the flagbearers and some of the command staff to be used as detail pieces and markers, but make the individual bases 'neutral'.  What do you think?

Anyway, a group shot to finish off with.  On the painting table now are some 6mm WW2 British paratroopers, and I am basing up some 15mm Afrika Korps infantry.  After that it is all looking fairly clear at the moment...I will be delving into the bits-and-pieces box.   Might be a good time to buy those city walls I have been talking myself into buying...