Miniature Wargames issue 84 contained a scenario for the little known Battle of Selby, 11 Apr 1644.  A victory for the Parliamentarians under Thomas Fairfax, it is credited with beginning the train of events which led to Marston Moor and the Royalist loss of the North of England to Parliament. 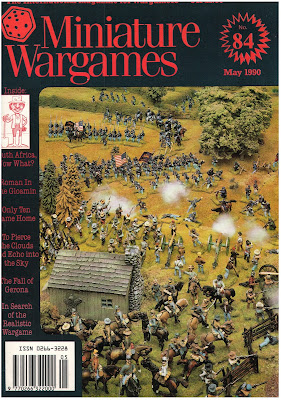 The scenario is basically an assault on a town in spite of the explicit warning in the Polemos ECW rules that street-fighting scenarios were not supported in its design - naturally since I am a gamer and this is the heretical gaming blog, I felt free to totally ignore this advice. The weakest points in the defence were apparently the gates - I gave these a Defence Value of 1.  The Horse of both sides did charge and fight up and down the streets of Selby apparently, so for this game I allowed this, but ruled that Horse could move no further than 1BW per turn and could only move up the main roads (these roads were artificially widened on the terrain to allow this).  I did allow units to overlap when attacking the gate, but only overlapping infantry would count when fighting in the built-up areas.

Fairfax is trying to capture Selby, Belasyse to hold it - very straightforward.

Game Notes: An interesting game, although one which has perhaps left me with more questions than answers. The game seemed to reflect history quite closely, but was that because of or in spite of the rules I introduced?  It just seems so counter-intuitive to have Horse doing that much in built-up areas, but if the article accompanying the scenario is correct that seems to be the way it was.  From a more mechanical point of view, it also shows what an effect small rules can have - here, allowing overlaps for attacking the gates was allowed and this was a distinct advantage for the Parliamentarians - was it more real to allow this or to forbid this?  And what should the "defence value" of these types of urban areas should be?  The rules suggest that a strong-point like a stone church should be DV3, urban areas and woods DV2, so it seemed sensible to have the gates as DV1 (otherwise there would be no advantage in attacking the gates).  Maybe I should have made the gates DV2 to cavalry?

One thing that I am growing slightly more impatient with in these rules is the interactions between the state of 'Shaken' and the situational and terrain modifiers.  In some terrain actions, troops are described as being shaken when they are in it, and perhaps for the turn after, but then (presumably) automatically rally; but these are combined with separate movement and combat effects. It sometimes isn't quite clear at what point a base becomes eligible to take the terrain penalty.  I think the system would have worked more smoothly if these effects were separated to a greater or lesser degree.  For instance, if crossing terrain, then either have a movement and a combat modifier but get rid of the 'shaken'; or alternatively, just use the 'shaken' result (which brings its own negative combat modifiers anyway).  These cumulative factors create a lot of almost "sure thing" combat results.

For this game, I made the decision that the Royalist Horse had to use charges where possible; the results of the game reinforced my opinion that as written, the Royalist Horse is in for a thin time doing this unless they have a strong advantage in numbers or skill.

Figures by Baccus 6mm, buildings from a wide variety of manufacturers, but mainly from Baccus and Timecast I believe.
Posted by JWH at 12:30