I recently bought the two latest Michael Hopper Napoleonic scenario books (long-time readers will remember I have used some of his other books extensively, primarily covering the Italian and Danube theatres of war in 1805 and 1809).  The latest two feature the British struggles around the world against the Imperial French and their allies, although there are also many scenarios featuring Spanish, Portuguese and Sicilian armies contesting French invading armies.

For my first game I chose a small scenario from one of Britain's fairly woeful South American campaigns, in which they tried to defeat Spain in their colonial possessions.  This particular battle features a small British force facing a larger but very motley Spanish force trying to resist the British advance from the Rio de la Plata (the River Plate).  I used the Polemos General de Division rules. 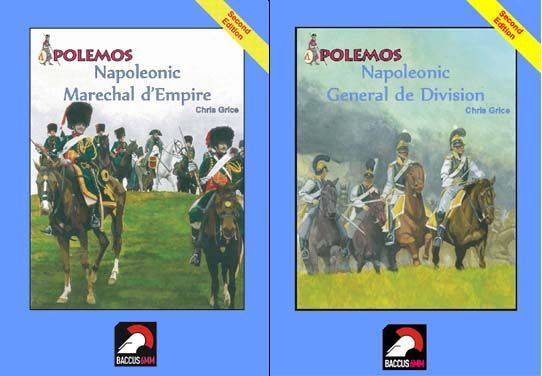 A little scenario to start me off and get me going with this book.  And a slightly unusual situation in terms of the types of forces involved, good to get those Spanish irregular cavalry onto the battlefield for a change!  The Spanish actually did rather better in this refight than they managed in real life and for a brief moment I thought they were going to pull it off - the smart infantry counter-attack against the just victorious second group of Guachos probably saved the day, otherwise it is hard to see how Beresford could have escaped...Polemos is quite an 'infantry-friendly' set, the Spanish may have had a better chance with a different ruleset.  But all good fun, the scenario worked really well.
Only three points of note from the rules: firstly, the army structure doesn't work amazingly well with low force levels, although that didn't end up mattering too much in this game.  Basically, when the sailors routed, the British immediately could have had a 1-in-6 chance of losing the battle, or a 1-in-9 chance, or no chance at all, depending upon how exactly things are organized.  On the other hand, it can be quite fun and does produce some historical possiblities impossible to recreate under other rules.  Secondly, I have never been a fan of allowing cavalry charge directly 'through' infantry and artillery, even though the rules do allow it, as written.  Lastly, the re-deployment order is quite powerful in these rules, it is usually preferable to wheeling or retreating and so on.  But none of these points is new, I think I have mentioned them all before.
So an unusual little scenario with a very low troop count for a quick game - recommended.  Figures by Baccus 6mm, buildings by Total Battle Miniatures.