The English Civil War - The Refight!

Over the last week, I have begin my long-awaited refight of the English Civil War.  This title, rather than the more typical modern name of The War of the Three Kingdoms, is chosen advisedly since this campaign will, in some ways regrettably, focus on the fighting in England and Wales.  This is because this is the focus of the board game I am using as the engine for my campaign: Charles Vasey's The King's War, published by Clash of Arms Games. 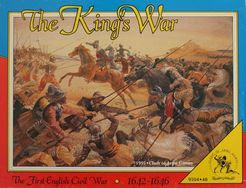 I am still working on how I am going to display the movements of the campaign: the board from the game itself isn't really suitable, and there is no vassal module.  I found this nice map: 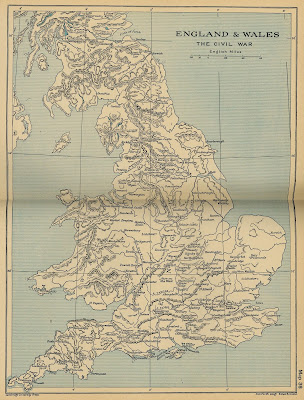 But I haven't worked out yet how to display the forces and movements prettily and clearly.  So until I manage it, I will just give text updates of the dispositions and movements.

I will use the Polemos ECW rules published by Baccus 6mm for the tactical actions.

One point to bear in mind is that I am  very much expecting there to be ling periods of hiatus in this campaign.  This is partly because real-life will intervene this year but also because, although I have fair-sized ECW armies, I don't think they will cope with the really big clashes of Newbury / Marston Moor size.  However, I am putting off buying new figures until Baccus release their new ECW sculpts.

n.b. I haven't included subordinate commanders, for the sake of clarity.