This game was the next in the Kampfgruppe von Luck campaign.  It was fought over the same battlefield as the second action (indeed, it is the same scenario) and the Germans are now having another crack with a full-strength platoon.  I made an error in the force allocations for that game - more of which in the game notes later. 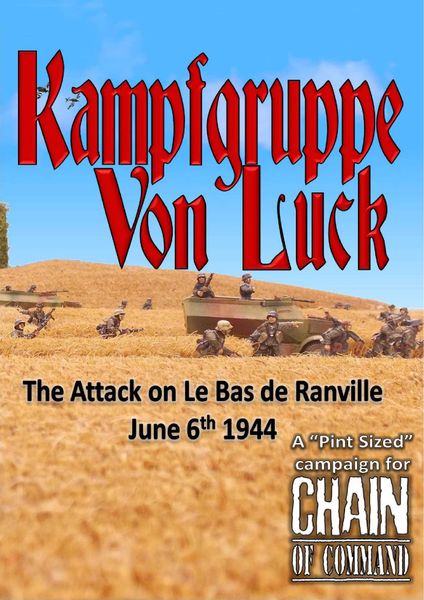 I am using a variation of the WRG WW2 rules - but more of which later, to explain what is going on with that.

This one went down to the wire.  I thought that the Paras were doomed and they very likely would have been if the Panzer Grenadiers had inflicted a single additional casualty before suffering those late casualties themselves.  The Germans looked as if they were going to be a more formidable proposition than in the first battle in this area, but after the large initial group was sent in, then any reinforcements took an age to arrive: the reader will have observed there was no heavy support at all for the Germans beyond the tripod-mounted MG42.
Although I think that the solo rules in general worked fine, I think that in this (and the following) encounter I have been applying them a bit too clunkily.  I am specifically thinking about how to act with Panzer Grenadiers advancing who haven't acquired a target. So far, I have made them advance and not take into account enemies they can't see, which is fair enough.  But I have been simply advancing them, when I should probably use at least one LMG team in an overwatch role to cover these advances over open ground.
One thing I am mulling over is that the rules for spotting essentially don't differentiate between troops static in cover and troops moving in cover (as long as they are moving quite slowly and the cover is good); this is why the Para rifle element withdrew and then returned in a slightly different position.  On some level, this is good tactics (something similar is part of the British Army's reaction to Enemy fire drill even now, although on a slightly different scale) but I do wonder a bit about whether that is optimally calibrated.  Hidden static Paras are really difficult to spot in real life!!!
Overall though, an excellent game, the rules worked fine and the tension was up there right to the end.  Those German LMG gunners really need to get better at spotting the enemy though!!!!

In the first two battles of this campaign, I indicated that I was using a variant of the WRG 1925-1950 2nd edition rules. This is not strictly true, although it is probably the closest match of games that are on boardgamegeek - and I will always tend to use closest match if the exact game isn't there on boardgamegeek, I like to kind of acknowledge the designer of the rules which inspired.  What I am using is a non-WRG, non-Phil Barker set of WW2 rules which is inspired by the second WRG 1950-1985 set (i.e. the 1979 edition). 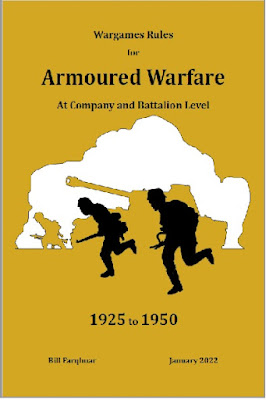 Veteran wargamer and knowledgeable denizen of WW2 and Modern wargaming message boards John D Salt created a set of rules a couple of years ago which in some ways aimed to be the 'missing link' in WRG WW2 rules; as fans of Phil Barker and/or WRG C20 rules will know, the WW2 rules only appeared in two editions but there were three editions of the modern rules.  These rules were inspired in part by that 'middle edition' of the WRG Modern rules.  Incidentally, I had to smile to myself at a particularly perceptive comment on The Wargames Website, where Guy Farrish, previously having noted that the actual WRG 1925-1950 2nd edition could end up being quite complicated (I paraphrase) with the interactions of force modes,postures and permitted actions not necessarily being that intuitive, mentioned that incorporating the target acquisition system from the 1979 Modern rules into the WRG 1st edition WW2 rules is a pretty stress-free improvement...That modification is in there.  The 'permitted actions' are in there too.  I used to loathe these (they are in Tactical Commander too, which I played when I was a bairn) but now I realize that they are just another way of writing how much stuff you can do in a turn, I made my peace with them.  The way that infantry is organized resembles the modern rules and the 2nd edition WW2 rules (although since my troops are based that way, I have continued to use 1st edition organization - it works fine).  There are some (really good) changes to the detail of how the artillery works, and there are some changes to the granularity of the detail of weapons versus armour, to make more of the gun/armour differences at lower calibres and armour thicknesses meaningful.  But John D Salt is really the person to bext explain the differences.
Anyway, since I am known within our small community for continuing to enjoy using the WRG 1925-50 rules, John sent me his rules (a little while ago now) to take for a spin and very enjoyable they are too.  I don't know if they will ever be published or circulated more widely, Phil Barker would have to give permission (I imagine).
Posted by JWH at 07:48