Not much hobby activity this week - it has been too cold and too busy for gaming - but  I have started to prepare some of my older 1/300, 6mm, 1/285 stuff for some re-painting (they are rather battered) and re-basing for big battle games.  Whilst doing this I discovered that I have a very wide variety of Shermans, most of which I am not sure of the manufacturer.  Can anyone help? 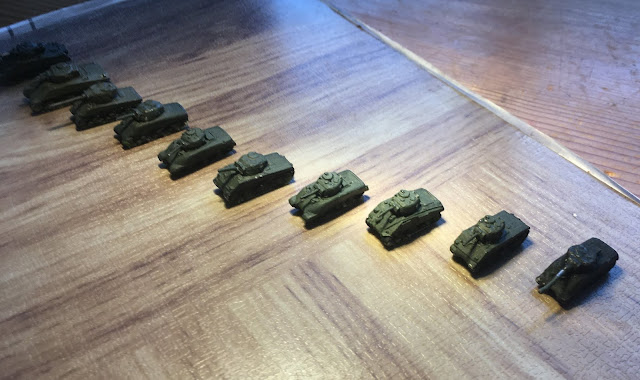 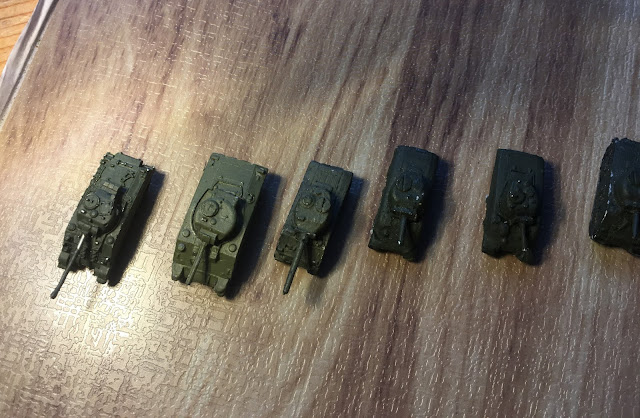 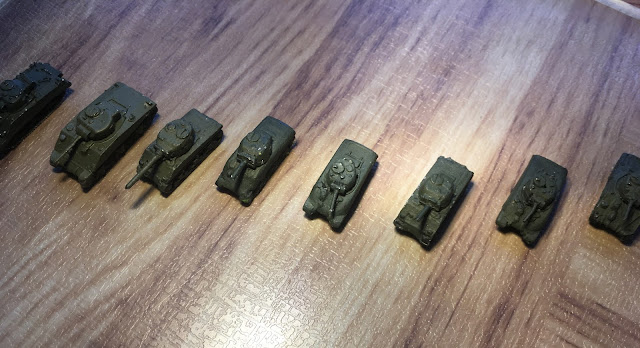 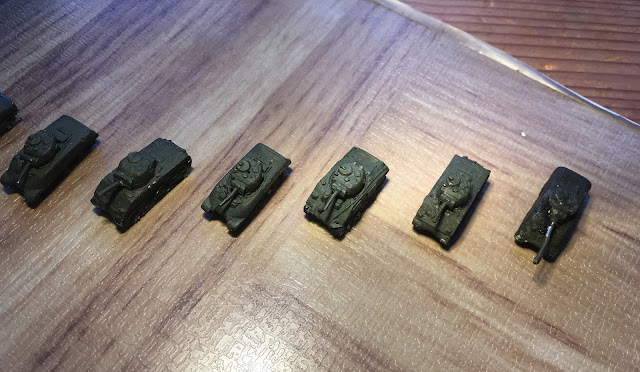 Apart from this, I have been painting up a few bases of the 6mm Napoleonic Prussians from a new manufacturer, Grumbler Miniatures.  I thought they were rather nice.  They were a little smaller than Baccus and Adler I reckoned, and perhaps a little taller than Heroics and Irregular.  They don't have the same level of raised/exaggerated detail as the Baccus, but they were easy enough to paint.  They are especially appealing as the Napoleonic Prussians are the one Napoleonic range that Baccus hasn't got around to re-doing yet.  As ever, my painting and basing hardly does them justice, but they will look nice enough en masse, I reckon. 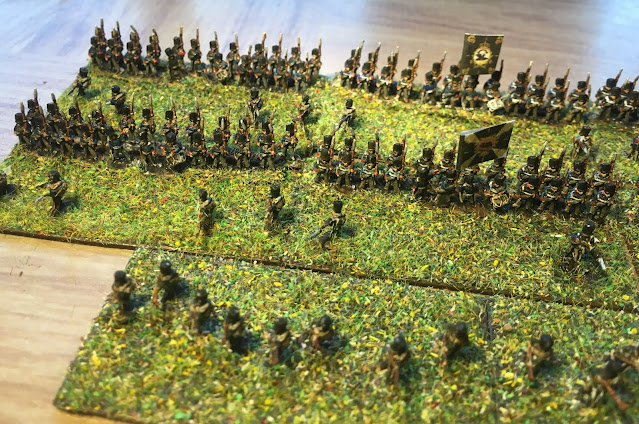