I have been toying with the idea of doing a campaign based on the book "18 Platoon" by Sydney Jary.  It is a memoir of his experiences as the platoon commander of 18 Platoon, 4th Somerset Light Infantry from Normandy 1944 to Germany 1945. 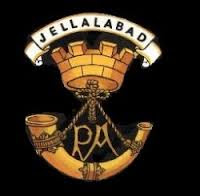 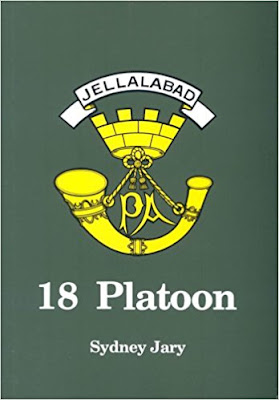 As Nuts! has recently been working quite well for me, I have written and played the scenario to fit in with these rules, but they should be easily adaptable to other systems.

Jary's first action was part of Operation Bluecoat. After a bloody failed daylight attack, a couple of companies of 4/Somerset Light Infantry successfully infiltrated onto the summit, after which the Germans retreated.  18 Platoon suffered a single casualty, as fire went through one of the attacking companies into it in its reserve position.  The next morning, it led the advance down the opposite slope and was then ordered to take the next ridge from any enemy opposition...

Jary says that there were only 12 men in the platoon for the Mount Pinçon battle.  It is unclear if he includes himself, or if he includes the casualty from the first part of the operation.  Thus there are a couple of options in the order of battle:


Special Events:
The first civilian generated will be a single female (Rep 2).  She must accompany the soldiers who first encounters her unless she can be taken to the (cleared) farmhouse.
In the random events table, replace the following numbers:
1 - All Germans within LOS surrender
4 - The British Coy Commander (Rep 2, medium calibre pistol)  turns up.  He will go straight to Jary and make his life a misery for D6 turns (unable to move when active, temporarily reduce Rep to 3).  He will then move to cover and fall asleep!
5 - Artillery strike (the Germans had pre-planned defensive 50mm mortar fire).

Objective:
Exit the table off the opposite edge (as per option two in the "Attack" mission).

Hopefully this simple scenario may be of use to other Nuts! players.  It is simple and winnable, so it may one for the beginner rather than the grognard!  On the other hand, the beauty of Nuts! is that you never quite know what is going to happen next!
As a tactical note, cautious advances with lots of snap ambushes, taking care to create arcs of fire where the enemy can't simply retreat out of sight and into cover/safety are really useful in this game.  Try and have at least one good soldier in any group to increase the chances of getting that all-important first shot in, and have leaders ready to encourage support weapons.
Incidentally, although this mission went well (helped by the German LMG team missing, although it wasn't an easy shot) it didn't have as good a result as in real life, where the Germans encountered quickly surrendered - although 18 Pl was then hit by accurate mortar fire and could easily have lost some more.
Rules are Nuts! Final Edition, figures are a mixture of Plastic Soldier Company, Battlefront and Peter Pig, the farmhouse (sorry it is unpainted! but I think it looks quite nice anyway) is from John Banks.
Posted by JWH at 17:38