Over the last couple of days I have been playing and experimenting with Bob Cordery's air wargame rules in his Developing the Portable Wargame.  They are a very simple set of air war rules designed to be compatible with his rules for early-mid C20 land warfare portable wargame rules. 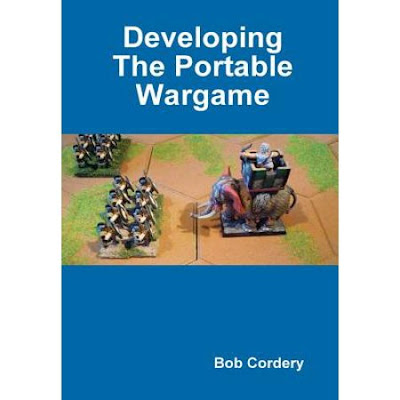 I play quite a lot of air wargames - miniature, boardgame and computer game - and I was looking forward to giving these a go.  In most periods, I have a go-to set or two that I know will give me a game that I enjoy.  Despite the virtues of the many different air wargames I play, I certainly haven't reached a "settled" view yet.  I guess my current favourite miniature/boardgame set is Lacquered Coffins, although I have a couple of reservations about the way manoeuvring is done and the lethality of combat.  Anyway, this set is much simpler, in line with the rest of Bob Cordery's rules.

The rules simply classify all aircraft as 'single-engine fighters', 'light bombers' and other such broad-brush descriptions.  All aircraft within a type have exactly the same capabilities.  Altitude is ignored.  Combat is very simple - deflection and such things are ignored.


Combat One: For the first game, I played the rules as written - any deviations are purely errors on my part!  I used the first 'real' scenario from the Achtung! Spitfire boardgame, which is in turn based on Paul Richey's memoir Fighter Pilot.  The hex sheet and the counters are from that game too.

Game Notes:
The positives first: the mechanisms are simple but effective and easily memorized.  The game, considered abstractly, was engrossing and the two things together made for a good experience.  The rules were very clear and easy to follow. They are definitely a good basis for further experimentation.  In some ways, treating broadly similar fighters as the same is more accurate than depicting them as different (depending upon the granularity of the game).
The structure is very simple: the sides roll a d6 for initiative - one side moves and then the other side moves.  Aircraft can spend some of their move allowance on turning.  Basically it is move 1 or more hexes, then spend a point turning (and not moving) and so on.
The thing that I didn't particularly like as a recreation of history is that the game mechanisms felt more appropriate to WW1 than WW2 and even then had some obvious quirks.  The most basic one is that a fighter can turn through 360 degrees every game turn, so a fight has to end up as a swirl.  I think the main issue here is the number of turns possible per game turn, which obviate the advantages of getting on the tail of another fighter.
I think there is a fairly serious error in the rules too.  The rules say that 3d6 should be thrown per machinegun when firing.  A fighter has four fixed forward-firing machineguns, which would mean 12d6.  A damage point is scored by rolling 5-6, so on average, a fighter should be able to knock another fighter (fighters have 4 strength points) out in one pass.  However, the worked example has 1d6 being thrown per machinegun.  This felt much more like the author's intent, and would give much more realistic results.
Anyway, despite these reservations, I felt that they were a pretty solid set of rules as a condensed essence of WW1-WW2 air war and decided to persevere and see if I could make a couple of modifications to make it more to my taste.

Combat Two: For the second game, I just continued using the (excellent) scenarios in Achtung Spitfire.  this one features Paul Richey again, this time chasing a Dornier Do17 at low-level.

Game Notes:  Tenser than it looked this one, because the Dornier very nearly got away.  Richey's Hurricane had taken a second point of damage and thus had to break off combat.  Very unusually (but refreshingly) there is morale in these rules, so once the force has lost a third of its strength (however distributed), then the rest of the side has to pack up and head for home (i.e. is not allowed to initiate offensive action), so this was Richey's last chance to bring the bomber down.
For this game, I halved the movement allowance for each side but doubled the maximum length of the game: so the bomber could move 4 hexes per turn, the fighter 6, and the game could last for a maximum of 12 turns.  It seemed to work very well, although a fighter vs bomber clash isn't the perfect test of this.
Two factors make it a bit harder than it looks to fly the fighters well.  There is no acceleration, so sometimes an aircraft has to slip off the tail and then regain position.  There is also a point of deceleration if firing fixed guns, which means an aircraft will naturally slow up and lose position.


Combat Three: The next scenario from the Achtung! Spitfire boardgame is a particularly interesting one, featuring a rare clash between Bf110s and Blenheim IF fighters.  Putting both aircraft in the same bracket seemed to be pushing it a bit though, so I classified the 110s as 'twin-engined fighters' and the Blenheims as 'ground attack aircraft'.  It seemed more fair than not.

The aim of the RAF in this combat was more to escape than defeat the opposition, given the disparity of fighting power.


Game Notes: All very good fun, nice and tense.  However, air warfare fans will notice that the 110s appeared to be making heavy weather of bringing down the Blenheims.  This is because twin-engine fighters are deemed to have two forward-firing machine guns only (i.e. half the firepower of single-engine fighters).  That is okay, but a bit abstract for me, variable firepower is next on my list of things to tackle.
I used two major changes in this game.  the first was the half-move distance, doubled game-length which I referred to previously.  It worked fine and I believe that it works better.  The second major change was to introduce an altitude mechanic.  I didn't want to start recording altitude or anything like that, since that would of necessity introduce complexity and extra bits and pieces and/or paperwork.  My solution couldn't quite avoid that altogether, but I decided that my solution was simple enough to be more fun, rather than more headache.  Because the 110s started at higher altitude, I decided to give them an "energy chip", which could be cashed in at any point for an additional point of movement.  And this seemed to work very well, I was very pleased!  Although in many respects totally wrong, I felt that in a fashion keeping with the spirit of the rules, it got to the essence of the matter.  Obviously, feel free to disagree!