The Battle of Montmirail took place on 11th February 1814, one of the actions in Napoleon's famous Six-Day campaign in 1814, when he attempted to destroy one of the armies invading France, the Army of Silesia on Prince Blucher.  Montmirail takes place the day after Napoleon had destroyed Olsufiev's Corps at Champaubert, and in this action, he is trying to repeat the same on Sacken's temporarily isolated Russian Corps.  Petre is always good for a summary.

I was originally hoping to play this scenario using the Polemos Ruse de Guerre set, but the full battle proved to be a bit too big to fit onto my current gaming table, so I used an excellent scenario prepared by the Ruse de Guerre author, Glenn Pearce, as the basis for a scenario for Phil Barker's Horse, Foot and Guns instead. 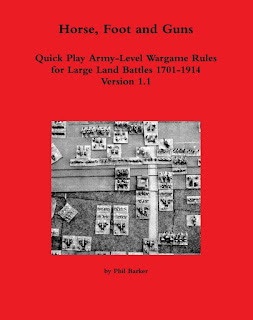 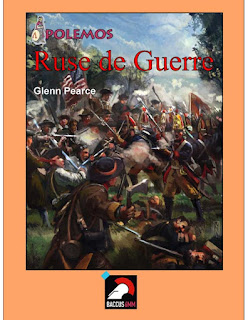 I got some additional material from an article in an old issue of Miniature Wargames (no. 92) which helped a little with the timelines, although the orders of battle are a bit sketchy. 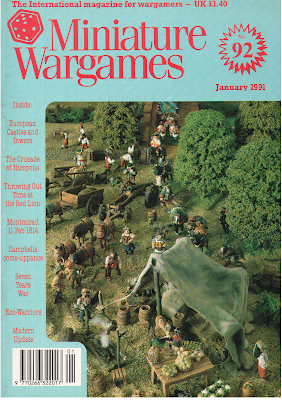 Sacken is trying to clear the road and march on Montmirail (the road through the French position); Napoleon is trying to break Sacken's forces and prevent his forces withdrawing to the North (the right-hand side in most of the shots).

The fighting cannot last past 27 turns, when darkness falls.
The ground counts as SLOW to artillery because of its muddiness after heavy rainfall.

Game Notes: Another good fun game, although I am still discovering the hidden highways and byways of this ruleset.  Overall the effectiveness of the French Imperial Guard artillery was decisive on the outcome, although Ricard's infantry also fought with great heroism performing even better than they had done in reality.  Although casualties between the Russian and French infantry in this sector were similar, the Russians really had made little impression.  The real damage was done more in the centre by the French artillery, which the Russians seemed never quite able to manage or equal.  Overall I think this was a fair result, although the French seemed to have a bit more luck with the dice.  Sacken's attack on Marchais was made in real-life with rather more force which probably explains its greater success; as it was in the game, there was too little infantry and artillery committed to either overwhelm Ricard or to properly pin the Imperial Guards' in the centre of the position.  The action lasted c.14 turns (c.1345), so not quite enough time for the last French or more importantly, the Prussian reinforcements to turn up.  This was partly beecause of some deadly die-rolling, but mainly because the Russians were too aggressive too early, particularly after losing some of their artillery.  The Russians really need their artillery, because otherwise they have to go in with the bayonet directly which is a very high risk strategy; for Russian line infantry, reliance on musketry is a bad, or simply impossible, idea.
As I think I have mentioned in an earlier post, the only rule that I have (deliberately) changed is that I have forbidden more than 1 move per unit per phase.  This stops the admittedly rare exploit where Wellington can get the Light Division to move about 5.6km in 20 minutes or so down a road...The quite stringent penalties on off-road movement to artillery in this scenario worked well to keep things realistically slow!
Figures by Baccus 6mm, buildings mainly by Leven.